How to Use Incantations in Elden Ring

Undoubtedly, Elden Ring is one of the greatest video games ever made. But, the purpose of a few of the game’s mechanisms is not immediately apparent. The ability to cast unique spells and get extra skills is made possible by one of such features known as magic and sorcery in the game. The seasoned players can find the spells very straightforward though it’s a bit more complicated for those just getting started. Below is detailed information for all those players interested in trying out Elden Ring Incantations.

Incantations in Elden Ring are special and effective spells that you can cast to get benefits from them. In combat, they can be hugely valuable due to their immense strength. Incantations are a gameplay element used to harm and heal the players. They are a string of magic spells that can be utilized to accomplish various effects when fighting with enemies. While they offer many options, it becomes highly complex and challenging for most players to understand how to use Incantations in Elden Ring in a proper way.

Elden Ring Incantations will become a game staple for players that design a strategy around pumping values into their Faith stat. Thus, proficiency with them is essential. In this guide, you will learn the ins and outs of casting Incantations in Elden Ring. We will explain how to use various offensive and defensive spells to deal with a large group of adversaries or a powerful Elden Ring boss.

How to Use Incantations in Elden Ring 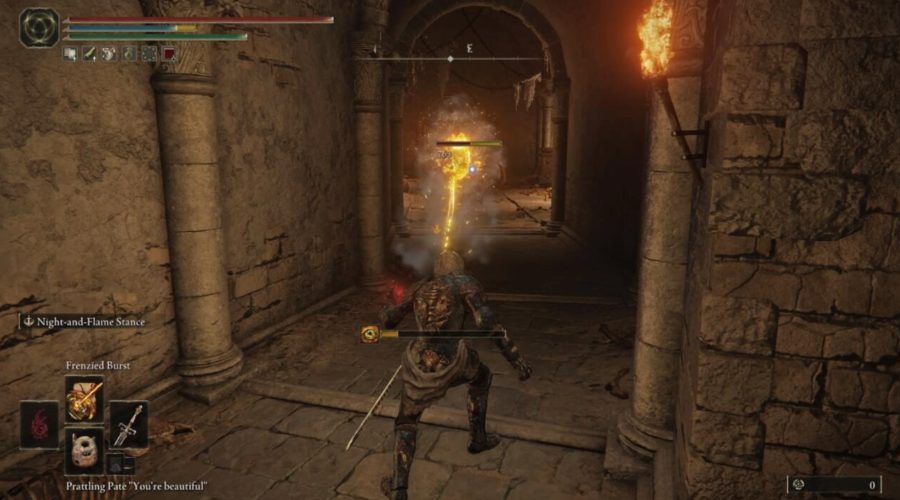 One reason Elden Ring has gained so much success is due to the wide variety of different weapons, locations, fantastic storyline, and many mechanics that it offers to the fans. Out of all those elements or features, Incantations are unique magic spells that provide some extraordinary abilities once the players cast them. Furthermore, these allow your character to invoke various mythical creatures. You can also use the Incantations to increase the power or health and apply different magical effects in the fights to take down the opponents.

As opposed to the employment of Intelligence, which is required for other spell casters of the game, Faith is necessary for incantations. In other words, these are more effective than sorceries at healing damaged bodies and eliminating disorders. Incantations are an excellent pick for any character design because the players may use them in many hostile situations. Below are the details which tell you how to use Elden Ring Incantations if you are new to the game and want to learn it.

But remember, you can only equip a few Incantations in Elden Ring simultaneously. It depends on the number of memory slots available for the spells to be added. Although, the whole Lands Between offers you a lot of `slots` on different occasions in the game. With that, the more memory slots you own, the more Incantations you can equip, cast, and get benefits.

Which Classes Have Sacred Seals and Incantations at Start?

Within Elden Ring, you can find ten different classes, each with its own defining characteristics. Most starting classes can cast incantations and other magical abilities. Those classes which start with Incantations at their start are the Prophet and Confessor. As you begin the game, you can find the Finger’s Seal in either of these classes.

Prophet’s first incantation, “Heal,” restores a fair bit of health to the player and companions. Moreover, it can unleash a massive fire at close range, thanks to its Catch Flame ability. The Prophet class has access to the unique Clawmark Seal, which is unavailable in Confessor. But still, you will have a chance to purchase this Seal from the Gatekeeper Gostoc if you wish to get it.

Consequently, the Confessor class begins with Urgent Heal, which only restores a tiny portion of health. In addition, it has the Assassin’s Approach option to conceal its movements and lessen the impact of any falls. Both the Prophet and Confessor possess healing abilities that can be used to help other players recover energy. Moreover, the players can take advantage of aggressive effects that damage their enemies reasonably.