Call of Duty: Modern Warfare 2 weapon progression system has been completely reworked, taking lessons learned from prior games in the franchise into account. In addition to altering the rate at which weapons of a certain class may be acquired, this modification also influences the way how the attachments can be unlocked among all weapons. Find out how the various weapon upgrades and classes function with this comprehensive guide about Call of Duty: Modern Warfare 2 weapon progression and attachments system working.

A major overhaul of the previous Loadout building tool from 2019’s Modern Warfare has been implemented in the Gunsmith in Call of Duty: Modern Warfare 2 2022 in response to bad player feedback in the previous sequels. In a blog entry detailing the changes, developer Infinity Ward explained that they aimed to make the weapon creator more open-ended by cutting down on repetitive work and increasing the difficulty of gaining access to new attachments and disguises.

That’s exactly what they have done, a new feature known as Weapon Platforms is now added to the game, and it’s transformed the game’s weapon progression work in significant ways. Keeping that in mind, we have compiled this article with all the information regarding the latest Weapon Platforms, including specifics on the new method of attachment unlocking.

Weapon Platforms are defined by Infinity Ward as a group of five or more weapons from the same maker that shares a similar set of accessories. It is meant to simplify the process of leveling up and customizing certain weapons thus you will be able to switch across different styles of play with minimal effort. 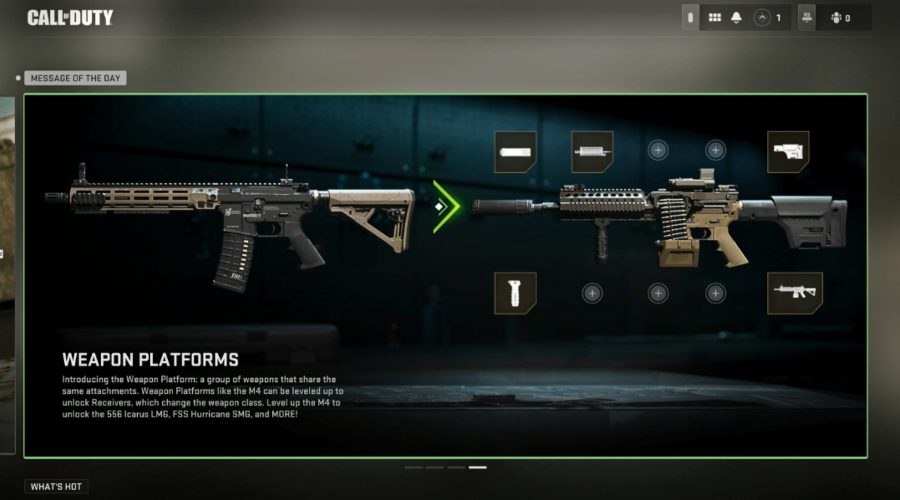 So, if your firearm is a component of the Weapons Platform, you can upgrade it at the Gunsmith to swap out its Receiver attachment. Modifying the Receiver of a firearm makes it a whole different gun. There are four possible Receivers for the M4 and these are the 556 Icarus LMG, M16, the FTac Recon Rifle, and the FSS Hurricane SMG.

Every Receiver can be accessed after the appropriate weapon’s level has been increased. Once you have gotten your M4 to level 14, you can unlock access to the FTac Recon Receiver. The Progression menu, accessible during weapon creation, now displays your current level in terms of the Weapon Platforms. A branching overview of your current Platform Mastery may be seen in the Progression section. In addition, the Weapon Platform makes it possible to view the prizes for upgrading particular weapons, the progressions work as well as the path to doing so. 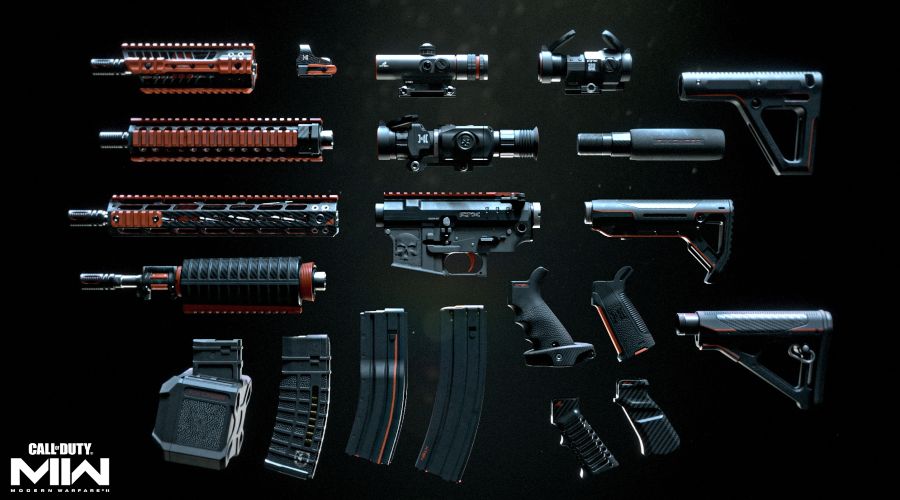 The improvements to attachment were demonstrated with an Assault Rifle, and Infinity Ward wrote in a blog post about it in detail. Here, they differentiate between universal attachments and those that are only compatible with certain weapon platforms.

Below weapon attachments are functional with all of the game’s weapons, so long as they meet the requirements.

These attachments are shareable between all Receivers within the platform:

The time of grinding multiple weapons to obtain your desired optic or attachment has now passed. Rather, after you’ve unlocked the attachment on the M4 track, you’ll have it for life on any firearm that supports it.