How to Level Up Quickly in Modern Warfare 2 Multiplayer

In the new MW2 follow-up, gamers will once again take on the role of Task Force 141 throughout the action. However, the Call of Duty: Modern Warfare 2 multiplayer component may be its most appealing feature.

Curious about why you’re having trouble moving through the ranks in Call of Duty: Modern Warfare 2? Want to know how to level up quickly in Modern Warfare 2 multiplayer? This guide will discuss all the most effective tactics for leveling up fast in multiplayer, whether that involves finishing daily tasks or concentrating on important game tasks.

How to Level Up Quickly in Modern Warfare 2

This guide will include a few obvious suggestions. However, several of them may have escaped your attention if you immediately started playing the game’s multiplayer mode.

You must complete challenges to level up quickly in Call of Duty: Modern Warfare 2. The Modern Warfare 2 Beta will give you the chance to finish a total of four daily challenges. Each of these tasks offers 4,500 XP and changes and resets at precisely the same time daily.

The General Challenges are the simplest among all the tasks and are fairly uncomplicated, with goals like completing three kills simultaneously or even winning the game. These missions will be the most basic, such as winning a match in any mode, getting 2 hip fire kills, or scoring 3 kills in a streak without dying.

You must complete specific kills by using specific weapons, including headshots or sniper kills, as part of the Weapon Challenges. As the name suggests, these challenges ask you to use different weapons for the tasks. You’ll frequently need to step beyond your status quo and use guns you wouldn’t ordinarily like to use to complete the objectives.

As you might have imagined, special challenges place a significant emphasis on Equipment, Field Upgrades, and associated traits. There are a few tasks you might run into and these are: two kills with dead silence, use two kill streaks, and one kill with C4 kill.

After completing all the above three challenges, you will get access to bonus challenges, and these challenges award 3 times as many XP as a regular daily challenge (15,000 XP).

Bonus challenges present a dual goal. The XP award, though, will only be given if you successfully finish any of these tasks. These challenges are considerably difficult and take a good amount of time because they include objectives like getting 5 kingslayer kills, getting 3 kills with the Battle Hardened perk, and getting 12 longshot kills. Fortunately, the XP you will earn more than justifies the time commitment. 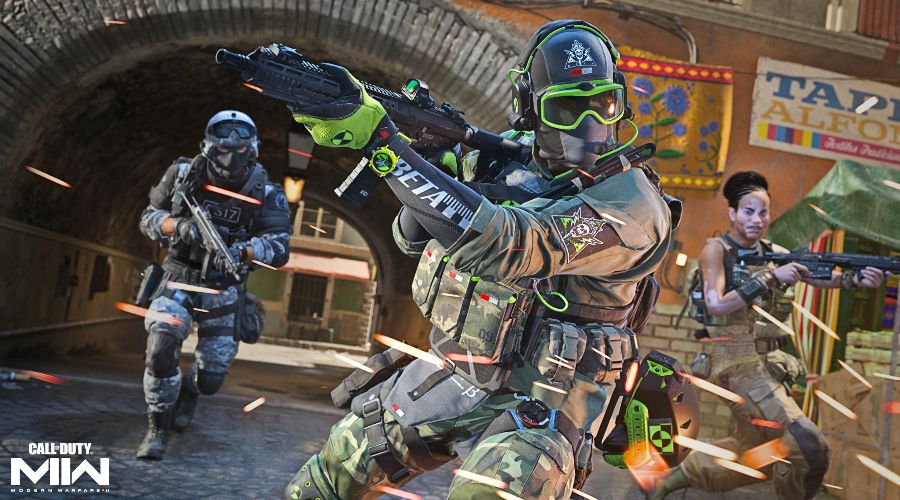 One of the most effective methods for gaining experience points and leveling up fast in Call of Duty: Modern Warfare 2 multiplayer is to complete game mode objectives. Gaining a high kill number is great, but if you’re not contributing to the game mode’s goals, you won’t get as much experience as you could.

When playing Domination mode, it’s not worth putting all of your efforts into trying to wipe out the enemies because you will finish up by only receiving a few experience points. For the Modern Warfare 2 beta, below are the most excellent ways of leveling up across all game modes.

Despite the fact that completing weapon challenges is a great way to level up, we still recommend being a specialist enough so you can always be improving your arsenal. If you use only a single assault weapon, acquiring additional attachments, skins, and XP increases will be a constant uphill battle.

Thus, it is prudent to carry a selection of reliable guns at your disposal, preferably one from every class, to ensure that you’re always capable of gaining access to the newest XP rewards. It’s the best approach if you want to level up quickly in Modern Warfare 2 multiplayer.