How to Unlock The Lost Valley Domain in Genshin Impact

Genshin Impact has something new to offer to its fans for now. A new domain, the Lost Valley, was added to Teyvat with its 2.6 update. However, it may be challenging to locate your way inside this new Chasm area based on the map. However, there is a challenge that needs to be solved before you may access it. Want to know how to unlock the Lost Valley domain in Genshin Impact?

Archon quests have been added to the new update and introduced a new character. Ayato’s event wish and Venti’s banner re-run will be accessible over the next few weeks, so check them out! We’ve put together a handy guide to help you get started in the new domain.

It is necessary to locate the entry to this domain before actually beginning farming. The Lost Valley is somewhere found in The Chasm. It has many additional features in the new Liyue section. Given its geographic location, the puzzle will intensely focus on this Element. It would be best if you had a character with a Geo Constructability in your team to unlock the Lost Valley domain in Genshin Impact. 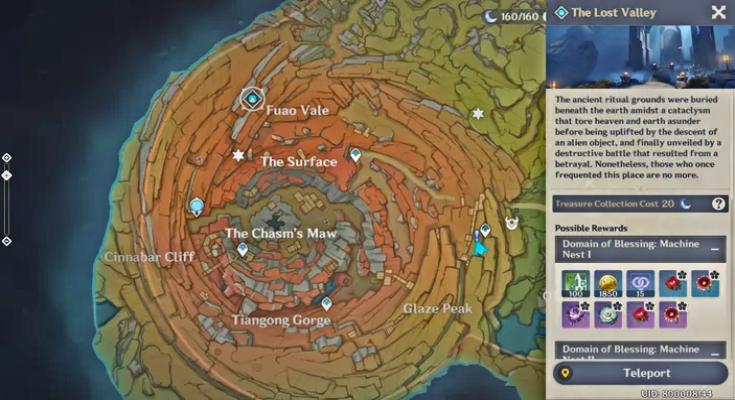 Genshin Impact’s newest region, Chasm, contains the Lost Valley domain. A little distance from Fuao Vale is the gateway to Lost Valley. You can see precisely where the domain is located by referring to the map shown above.

What is The Chasm’s Location? 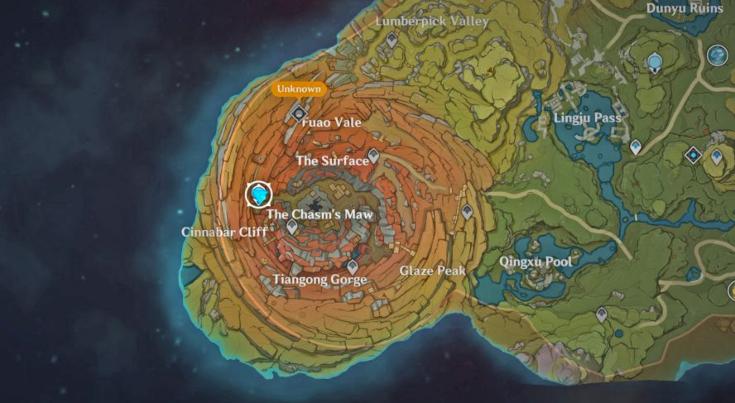 This place is located west of Lisha in Liyue. Although there are numerous ways to get to it, you must first come to Lisha. The Statue of the Seven in The Chasm is the best place to find the map, which shows all the nearby teleport places. Other than this, players can also use the Statue of the Seven to change Traveler’s element, enabling you to unlock the Lost Valley Domain.

How to Unlock The Lost Valley Domain in Genshin Impact?

Lost Valley is a domain in the Liyue region, north of The Chasm. You may find it there on the western edge. It’s easy to travel to the area by raising the hills northeast and falling downwards. Once there, trigger the Statue of the Seven for further information.

For the riddle awaiting you, it’s better to turn your Traveler into Geo mode. The easiest way to get to the location is to head northeast, immediately underneath the inactive domain mark on the map. Make your way through the group of three opponents and the locked chest before looking for the rock marked by the Geo rune.

A hint to your next move should come after beating the adversaries and causing air rings to develop between the surrounding rock formations. Additionally, you’ll see a whirling Geo energy around the farthest rock. 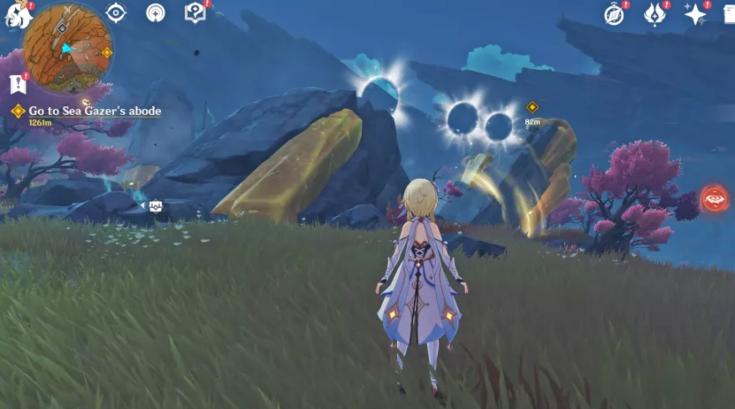 One Geo construct should be nearby the rune rock, and the other should be between the first primary formation of rocks that your Traveler encounters. Once you’re at the top of the rock, jump and glide into the air circles to reach the farthest one with Geo swirls. Once you’ve placed the second Geo construct on top of the cliff, you should be able to observe the Geo energy explode away.

Putting the third construct in the right spot well before the first two despawn will cause the camera to pan to where the rune-covered rock was, demonstrating that it has vanished. Keep to the right side of the cave as you return to your starting point. In front of you is the entrance to the Lost Valley domain.