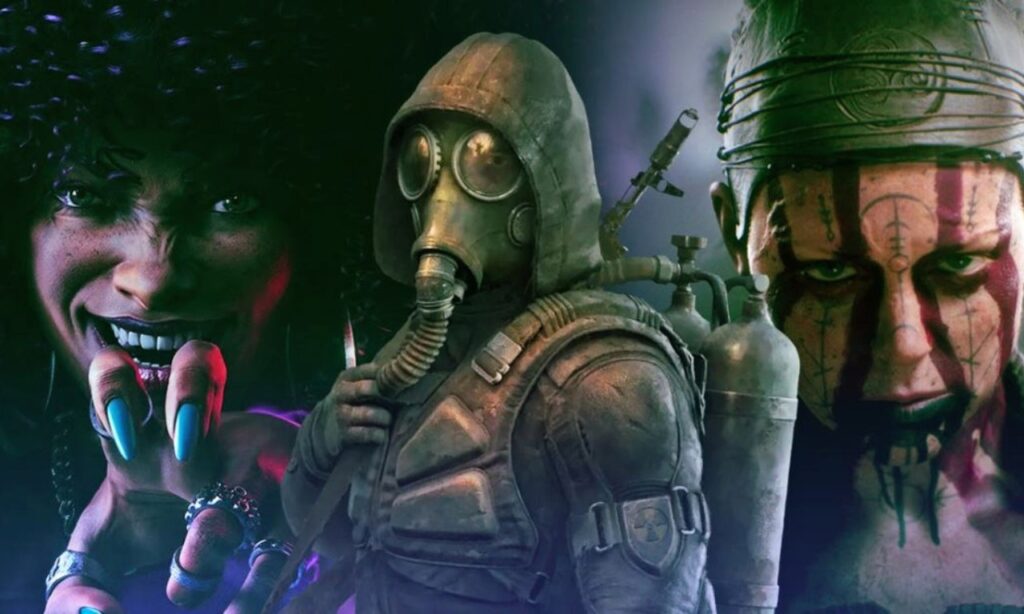 Xbox fans are eagerly awaiting the upcoming best Xbox games for 2023. As the next generation of gaming consoles continues to develop, gamers will be treated to some of the most immersive and exciting installments of their loved franchises. From adventure and sports titles to shooters and RPGs, gamers will get to experience all types of new releases from some of the world’s best game developers.

The players should expect high-definition visuals and hyperrealistic environments, allowing gamers to truly immerse themselves in the experience. There are sure to be many thrilling moments as new stories unfold throughout these vast gaming worlds. So stay tuned for what is sure to be an impressive lineup of exciting new Xbox titles coming this year.

2023 is looking to be an exciting year for Xbox gamers, with many rumored changes and new titles coming our way. We can expect to see some amazing video games arriving on the platform, featuring a variety of genres that are sure to keep us entertained for hours on end. So, below are some of the best Xbox games coming in 2023.

Are you one of the millions of Xbox players eagerly awaiting the new year’s lineup of games? Luckily, there’s no shortage of exciting new releases to look forward to this year. Here are the best Xbox games of 2023 that are expected to hit shelves in the coming time.

One of the most anticipated games of the year is Starfield, which is scheduled to launch for Xbox Series X|S and PC in 2023. Bethesda Studio’s first original IP since 2013 sees us traveling the stars where you can visit different planets within a vast universe teeming with life forms – friendly or hostile. Beyond its story — which is still being kept under tight wraps, gameplay mechanics remain unknown but rumors suggest it may feature VR capabilities too.

It will be one of the defining games of the generation and will probably be the game that kicks off a new era of Xbox games. Starfield is a futuristic space-based role-playing game that will be able to take players on a journey to answer humanity’s biggest mystery. This will be the first big game in 25 years by Bethesda Game Studios. A large part of the game’s success will depend on its ability to get gamers excited about their own space exploration. Aside from its size, Starfield will also be able to boast an incredibly unique watercooler chat that will be the envy of the game’s aficionados.

Minecraft Legends is an upcoming video game set to be released in 2023 on Xbox Series X|S, Xbox One, PS5, PS4, Nintendo Switch, and PC that will bring gamers into the world of Minecraft from a different perspective. Players will control their own adventure as they explore all-new worlds, battle monsters, solve puzzles, and build their own creations. With exciting new mechanics such as resource gathering and crafting, players can customize and expand upon the traditional gameplay of Minecraft. Players will need to scavenge materials to craft items and build structures, while also fending off hostile mobs. There is also a large focus on player interaction, with players being able to trade goods, form alliances, and declare wars against one another.

Stalker 2: Heart of Chernobyl is an upcoming video game set in the world of the S.T.A.L.K.E.R. Series and will be released in 2023 for PC, and Xbox Series X|S gaming platforms. The game is developed by GSC Game World, a Ukrainian developer who has seen international success with the critically acclaimed first-person shooter series, S.T.A.L.K.E.R. The game is set in the Chornobyl Nuclear Power Plant exclusion zone and promises to be a heart-pounding thriller with intense action and stealth gameplay

The game takes place sixteen years after the events of the original S.T.A.L.K.E.R.: Shadow of Chernobyl, with players controlling a stalker as they explore areas including tunnel systems, underground cities, and a destroyed nuclear power plant. Players will have to traverse the nuclear wasteland that is Chornobyl as they build up their own expeditionary group and find out what happened in the treacherous place all those years ago while fighting off all manner of creatures that are looking to make you their next meal. Stalker 2: Heart of Chornobyl promises to be an epic adventure full of mystery and intrigue set within one of the most iconic settings in modern gaming history!

Ark: Survival Evolved is a well-known game that has been a hit in the PC and PlayStation 4 markets. It blends survival gameplay with elaborate crafting, prehistoric animal training, and advanced armor. In addition to the main title, dozens of DLC additions have been released for the game. Finally, a new sequel to the popular title Ark 2 is on the way. While a lot of the details are still under wraps, it appears that Vin Diesel is taking the lead role.

Ark 2 expands on the sandbox survival gameplay established in the original game, adding third-person souls-like melee fighting and a more substantial plot. Mantling, free climbing, sliding, swinging, and even taming dinosaurs are just some of the new ways of getting around in this prehistoric environment. There will also be a large array of user-created mods, including ones that generate new dinosaurs and other items. Although it’s not billed as a live service title, it will feature early access to the Xbox Game Preview program, which will allow players to test the game early. As with other new Xbox games, it is likely that the exclusivity will extend for at least a few months.

Fans of Hollow Knight rejoice, as the much-anticipated sequel to the hit indie game is finally set to be released in 2023. The sequel to the critically acclaimed Metroidvania is now coming to PS5, PS4, Xbox Series X|S, Xbox One, and PC. Silksong is the follow-up to the original Hollow Knight, and it promises to be even more challenging and captivating than the original. The game follows Hornet, the princess-protector of Hallownest, as she embarks on a journey to the kingdom of Pharloom. Along the way, she’ll encounter new enemies, explore exotic locations, and discover powerful abilities.

From the looks of it, Hollow Knight: Silksong will be an absolute treat for fans of the original game. With its hand-drawn art, gorgeous soundtracks, and intense action, the game is sure to be a hit when it releases. It will feature beautifully handcrafted environments, brand-new characters and monsters, fluid combat mechanics, and unique traversal systems. Our anticipation is already at an all-time high, and we can’t wait to experience the world of Hollow Knight: Silksong in 2023.  Xbox, PlayStation, PC, Nintendo Switch, and GOG.

Senua’s Saga: Hellblade II is an upcoming action-adventure video game from the Ninja Theory developers and is under publication by Xbox Game Studios. It will be the sequel to their immensely popular Hellblade: Senua’s Sacrifice, released in 2017. The game will follow Senua, a Pict warrior driven by supernatural forces in search of her lost lover across a mythical landscape filled with monsters and gods. It is set to feature true audio 3D technology for its interactive audio, as well as ambitious visuals powered by Unreal Engine 5. An official release date for Senua’s Saga: Hellblade II has yet to be announced, but it is expected to launch sometime in 2023.

Company of Heroes 3 is a next-generation tactical game based on the World War II era. It is the third installment of the real-time strategy series Company of Heroes by Relic Entertainment. It features a slew of new features such as a new sandbox mode, a revamped user interface, a novel campaign map, and a revamped user experience. In addition, it will support 4K on consoles and boast a more granular and readable user experience. With a reimagined, more granular, and readable user experience, it’s sure to be the hottest strategy title on consoles.

One of the most impressive features is the new Essence Engine, which is Relic’s proprietary RTS tech. Developed in conjunction with Microsoft’s Game Studios, the new engine will allow players to experience new physics-based effects like lightning, explosions, and fire. These effects will be applied to everything from buildings to armored vehicles. Besides the impressive new features, the game also has the largest vehicle roster in the franchise’s history. This includes a super-light Weasel tank, a super-light Chaffee Light Tank, and a host of other nifty vehicles and units. Combined arms tactics, naval forces, and air support will all be in the mix, too. There are also a number of other interesting aspects to the title, including a new controller scheme.

Hogwarts Legacy – 2023 is an upcoming video game from Avalanche Software and Warner Bros. Interactive Entertainment. The game takes the player to Hogwarts School of Witchcraft and Wizardry during the 1800s, with a unique gaming experience tailored for each platform. Players will experience life at Hogwarts, explore the castle grounds, attend magical classes, confront powerful dark wizards and creatures and pursue their own personal story in a next-generation experience.

If you’re a Potterhead, then you’ll be excited to know that it promises to take players on an unforgettable journey through the iconic world of Harry Potter. Players will be able to explore Hogwarts, Diagon Alley, Hogsmeade, and other locations as they experience life at Hogwarts. The open-world RPG will feature character customization, magical combat, and creature interactions which will add depth to the game, further immersing players into this fantasy world. Fans are eager for the release of this latest installment which has already generated a huge amount of excitement in the gaming industry.

Fans have waited years for this classic horror game to get a much-needed recast and makeover, with improved visuals and new additions. Not only has the revamp transformed the look and feel of the game, but also its controls, sound effects, and gameplay mechanics. Now players can enjoy the same haunting atmosphere of Resident Evil 4 but with a totally refreshed experience. For those who have never played it before, this could be the perfect time to jump into one of the best survival horror games out there as Resident Evil 4 Remake promises nail-biting action from start to finish!

Diablo IV is an upcoming action role-playing video game developed by Blizzard Entertainment and set to release in 2023. The game was first announced at BlizzCon 2019, with a cinematic trailer and gameplay demo. The game will be a sequel to the previous Diablo games and will take place after the events of Diablo III. Players will return to the world of Sanctuary, which has been ravaged by war and terror. The game will feature a new dark fantasy setting, as well as new characters, enemies, and locations.

The gameplay demo shown at BlizzCon 2019 featured the Barbarian character class fighting against several different kinds of enemies, including zombies and demons. The demo also showcased the game’s new graphics engine, which is said to create more realistic environments and characters. With its gripping storyline and intense dungeon-crawling gameplay levels that feature unique puzzles and traps; Diablo IV offers gamers intense standout experiences tailored towards those seeking bloody dungeons or epic online battles. Blizzard has announced the release window of June 6, 2023, for the upcoming title, but has said that the game is currently in development for PC, PlayStation 4, and Xbox One.