Many GTA 6 Gameplay Videos are Leaked Ahead of the Release

Available on the internet, you may find many videos that claim to be sneak peeks at the production process.

Several GTA 6 gameplay videos showing the in-development process have been posted on the web, leading some to speculate that the game has been leaked. Video clips are being shared across multiple social networking sites, and Rockstar has now validated that they are authentic. Another ‘leak of information shortly’ is possible, according to the person claiming responsibility.

On Saturday night, an individual uploaded Grand Theft Auto 6 gameplay videos to a GTA forum. The user “teapotuberhacker” uploaded a zip file containing 90 clips to the Grand Theft Auto fan website GTAForums. Furthermore, he asserted that he would release additional extra content, such as testing files, assets, and source codes, for GTA 5 & GTA 6.

The videos include thefts, gunfights, complete voice discussions, and much more, and have now been uploaded onto social media platforms like YouTube and Twitter. The leaks also feature debugging elements, which closely resemble the tools used in the production of Red Dead Redemption 2. Supposedly authentic, the videos seem to verify speculation that the game will have male and female characters and take place in Vice City.

It is unclear where the films came from at this time, but perhaps a hack is a possible chance. According to Teapotuberhacker, they were obtained from inside Rockstar Slack groups.

As reported by The Verge, Grand Theft Auto VI is currently in the works and has at most two more years to go until it is released. Many of these online surfaced videos are from early, incomplete game development stages. A journalist for Bloomberg, Jason Schreier, posted a tweet stating that his connections at Rockstar had confirmed the authenticity of the leaked material. According to The Verge’s investigation, the stolen clips are gaining widespread attention on social media, even though many have already been reported for copyright infringement on YouTube. 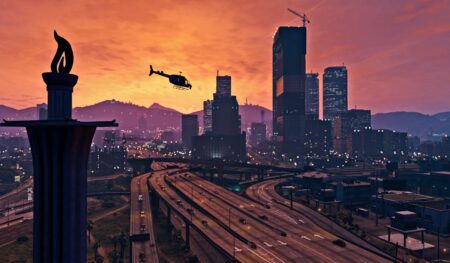 GTA 5 Wiki: Where are the Spaceship Parts in GTA 5